Gate.io Blog Facebook and Microsoft set their foot in the Metaverse. What will happen next?
Industry Analysis

Facebook and Microsoft set their foot in the Metaverse. What will happen next? 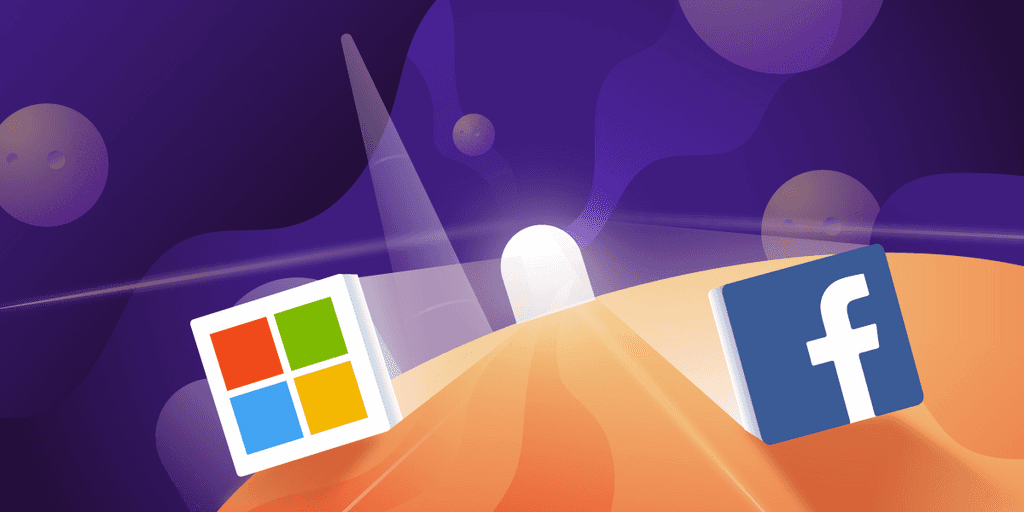 What is the Metaverse that makes the whole tech world stand still?

The Metaverse is a virtual universe, also known as the digital universe, created by the convergence of virtual reality (AV) and augmented reality (AR). It includes the sum of all virtual worlds, augmented reality and the Internet.
The name Metaverse was first mentioned by Neil Stephenson in the popular science fiction novel Snow Crash published in 1992, where people represented by Avatar can interact with each other. The word “Metaverse” is made up of two parts: “Meta”, which means “transcendent” and “Verse”, which means “universe”. Combining the two forms the word, "Metaverse". Stephenson used the term to describe a virtual reality-based legacy device for the Internet. In Snow Crash, the Metaverse is depicted as a new world that can rewrite social norms and value systems and break free from cultural and economic rigidities.

Changing the brand name is like a gamble for Facebook, but will it work? Despite knowing the immediate risks because the change to Meta will not be a short-term profitable process, Mark Zuckerberg asserted: "This is not an investment that will bring us back in the near future. But we believe that Metaverse will be the successor to the mobile internet."

Immediately after Facebook's decision of the century, the giant Microsoft was not left behind. Microsoft has announced it will join the Metaverse race to apply it to people's lives. Metaverse will not only stop at games and entertainment, but also at work. 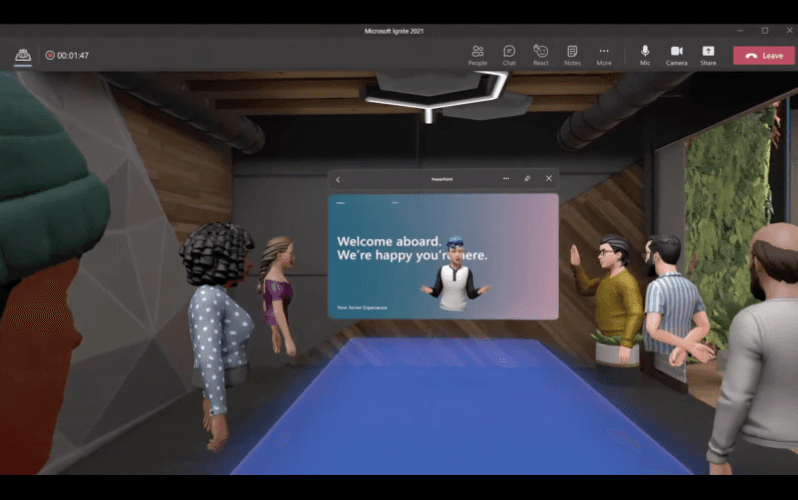 Facebook officially joined the Metaverse.
“Facebook” is a social network that we are all too familiar with, starting in 2004 and increasingly becoming popular almost all over the world. Up to now, there are more than 1.84 billion Facebook users and it seems that this social network has become the "spiritual meal" of all young people today. With extremely convenient features, Facebook also makes it easier for people to connect with each other as well as share news and stories on personal pages and make sure to store longer than writing in a diary like the 8x years. 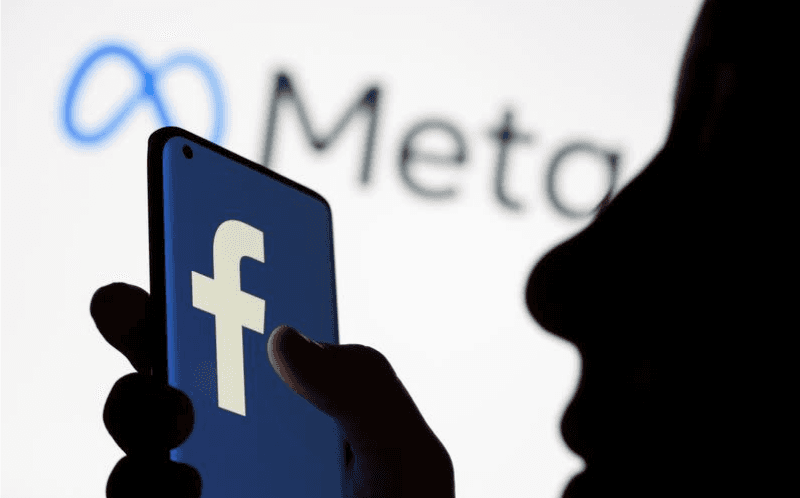 
But recently, with the scandals Facebook is facing, the lawsuits are worsening Facebook's image, it seems that this social network is falling into a "dead end" and may not have found a way out for itself. But without letting the audience wait long, at 11 a.m. on October 28 (local time in the US), CEO Mark Zuckerberg officially announced at Connect 2021 that he would rebrand from Facebook to Meta and will move from FB to MVRS (short for Metaverse).

With this unexpected change, have you heard and learned? If not, let's learn about Metaverse and the values that Metaverse has brought to Mark Zuckerberg and will bring to the future of mankind!

After the surprising shot from Facebook. Then the Microsoft side also began to act. “We suffer from virtual meeting fatigue,” said Nicole Herskowitz, director of Microsoft Teams. After the maximum 30 or 40 minutes in a meeting, it can be difficult to maintain focus and interaction. work".

Therefore, having a virtual reality meeting room is really necessary because it allows users to feel still in the meeting, can move, interact and meet their colleagues. Everyone in the meeting can be “real” without having to be physically present, using a personalized avatar and virtual space that can be accessed from any location. which device.

The update to Microsoft Teams is dubbed "Mesh," and the first release in 2022 will provide users with a personalized digital avatar and an immersive space to experience in the metaverse. The project also intends to be able to implement translation to reduce language barriers between people, and "can be accessed from any device without special equipment."

Microsoft Loop, a new app that moves freely between apps, enables teams to work together: think, plan, and create. It's a cross-platform aggregator and syncer, from where you can organize everything through the tabs you need for your projects with your colleagues. Link and data from other applications - into a single workspace (such as Outlook, Teams or OneNote). 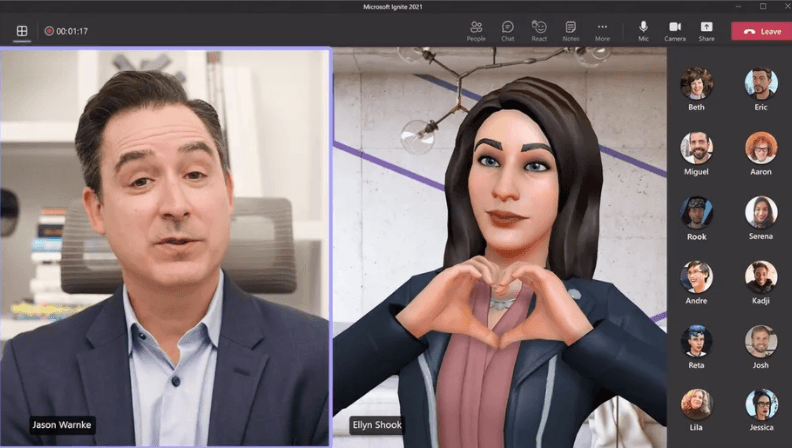 
But Microsoft won't be the only mainstream giant to roll out metaverse plans this week, with the latest update likely on Wednesday Nike filed a trademark application for the logo and slogan. its iconic brand for use in the “virtual online world”. The company also posted two recent job listings for virtual material designers. Because the Metaverse body is the future, the great development of humanity.·

With a growing number of interested people and potential opportunities to explode, Metaverse is an option that is both a challenge and an opportunity for Facebook and Microsoft while at the same time. are many other investors. If Metaverse can become a reality, you can imagine that Metaverse will change the behavior of consumers and businesses. What do you think about the Metaverse? Are you looking forward to the Metaverse?

Author: Tomi.D - Gate.io researcher
*This article represents only the views of the researcher and does not constitute any investment advice.
*Gate.io reserves all rights to this article. Reposting of the article will be permitted provided Gate.io is referenced. In all other cases, legal action will be taken due to copyright infringement.

Share to：
Follow us：
Trending
New Business Opportunity In The World Of The Metaverse
New business in the metaverse – Doing Business in the Metaverse: Opportunity or Threat?
Future of crypto in 2022
Better Developments in the Crypto Space in 2022 than 2021: Analysts
Gate.io Podcast Interview | AMA with Qredo Network
C
+/–
%
7
8
9
+
–
4
5
6
×
÷
1
2
3
×²
√
0
.
=
Mobile
Desktop
Windows MacOS
Click top-right
Click "Open in browser"
Download in your browser