Your Gateway to crypto news and insights

Gate.io Blog New Business Opportunity In The World Of The Metaverse
Industry Analysis

New Business Opportunity In The World Of The Metaverse 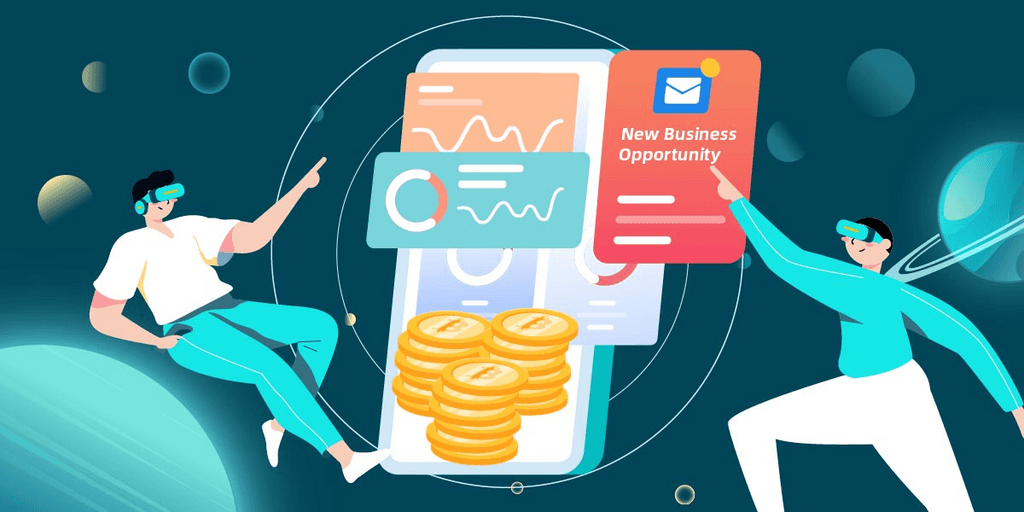 In recent days, we've seen a massive amount of information about the so-called " Metaverse ", and Mark Zuckerberg's quest for this digital universe has made it even more popular. Such is his excitement that he has announced plans to take Facebook from a social network to a metaverse company in just five years. But he is not the only one, as Nvidia, Sony, and Microsoft are other big tech companies betting on this new universe.

The contactless tendency of the COVID-19 era and the development of digital technologies have accelerated the advent of the metaverse, opening a new market with unlimited business opportunities.

People will spend more time in three-dimensional virtual spaces than on the 2-dimensional internet.

As such, we will explain this very concept in more depth and how companies will use the metaverse to improve their business. So do keep reading! 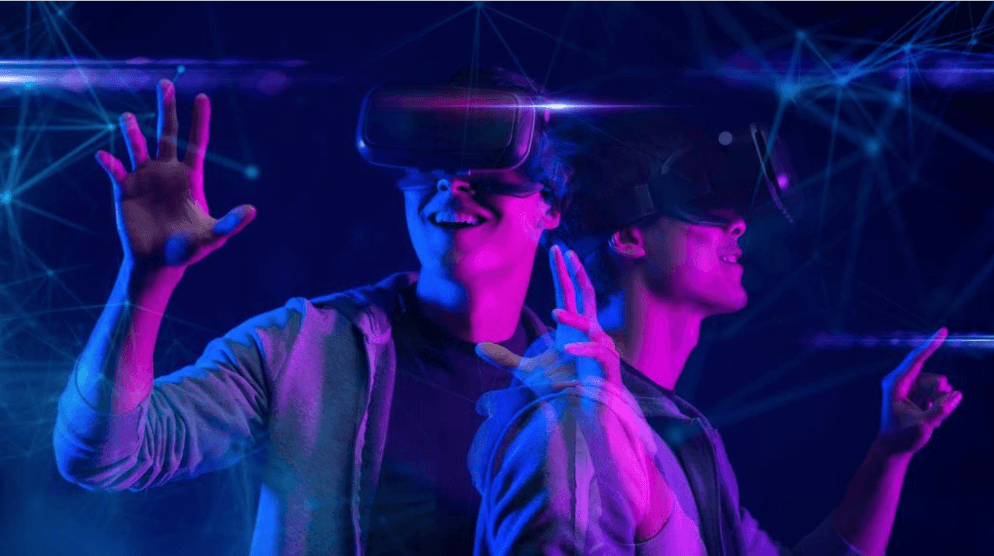 Source: 7 Metaverse Stocks With the Potential to Make You Millions | InvestorPlace


So what is The Metaverse?

The metaverse is defined as the intersection of physical, augmented, and virtual reality in a shared online space.

This environment allows humans to interact socially and economically as avatars in a virtual world, which acts as a kind of underground metaphor for the real world, breaking down its physical or economic barriers. This is why many see the metaverse as the future of the Internet.

Even though the term may seem new and very young, it was first used in 1992 in Neal Stephenson's science fiction novel, "Snow Crash". The story portrays the idea as an alternative to a physical world that has become a nightmare and whose means of escapism is a virtual world.

In fact, only one year later, in 1993, The Metaverse, Steve Jackson Games' company, introduced MOO, a virtual reality system in which several users could be connected at the same time. However, the expected success was not there, because Internet access was not as widespread, and no investor wanted to take the risk. Later, other companies (OZ Virtual, Linden Lab, Somnium Space...) joined similar initiatives, but they were not very successful.

As a virtual world, the characteristics of metaverses can be extended, but the following are the most important:

Interactivity: users must be able to communicate and interact with other users and metaverses.
Interfaceability: avatars and assets should be able to be created and used in any accessible metaverse.
Corporeality: although it is a virtual world, it must be remembered that it is subject to the laws of physics and that its resources are limited.
Complete economy: according to interoperability, assets can be used in any environment, regardless of who manages them.

Is there anything you can do within the metaverse?

While this may sound like science fiction, in the metaverse, it will be possible to perform activities as varied as attending virtual concerts, traveling, shopping, going to the movies, trying on clothes, etc. But it also could change the way we work, where video calls will leave the 2D of a screen for a virtual call format.

Moreover, it is designed as a large-scale industrial workspace, where all kinds of machines and systems can be tested through digital twins. This facilitates the detection of possible failures and improvements before they are realized in a physical environment.

How do you define a metaverse enterprise?

A basic characteristic of the metaverse is interoperability, which will allow it not to be a platform dominated by a few companies but will be the sum of interconnected spaces where one can move freely from one to another. Moreover, it contains an economy of its own and encompasses the physical and virtual worlds, which will mean what we can call "the embedded internet", it will be decentralized.

However, there is still a lot of work to be done on the development side, such as solving the many problems that this virtual world poses, as well as creating more comfortable and lightweight VR devices, and removing the barriers that will be encountered to make its mass implementation a reality. We are in a "proto-verse", similar to the early years of the internet, where there are several independent virtual worlds, but they are not connected to each other.

A few of the major upcoming business applications for the metaverse

This is the year we noticed the metaverse, which has gone from a flimsy science fiction term coined decades ago to a mainstream concept that has tech investors jumping up and down and futurists drooling at the thought that this fantasy could become a reality in a matter of months.

Some of the smartest people in the world announced this year that the next big thing was here, and that's the metaverse. This has also created a market for a group of imitators, veterans, and CEOs, who have obviously missed the trend and are now trying to cash in on all things metaverse.

Amidst all the hype, there are many companies showing legitimate promise in the metaverse, and they are not the big names in technology today.

Online gaming companies Roblox and Epic Games top the list. Both have already built virtual worlds, where millions of people connect, play, and participate in the digital economy. Some participants even make a living in this metaverse by selling their digital products.

All this to say that the metaverse is already here in many ways. It has not yet matured and spread beyond a core group of kids and teens who play Fortnite, Roblox, and Minecraft with the same vigor as senior citizens on Twitter and Netflix.

The reason the metaverse is getting so much attention today is that enough people think it has a real chance of dominating much of the time we spend online, and will eventually replace real-world experiences like sporting events and live concerts.

Yet despite a combined market capitalization of more than $3 trillion, Meta and Microsoft are lagging behind the small players when it comes to building a completely virtual world. The story is different when it comes to hardware, especially for Meta and its Oculus virtual reality headsets. Physical encapsulation is a critical piece for Zuckerberg and his $10 billion commitment to the metaverse.

Why are companies turning to Metaverse? 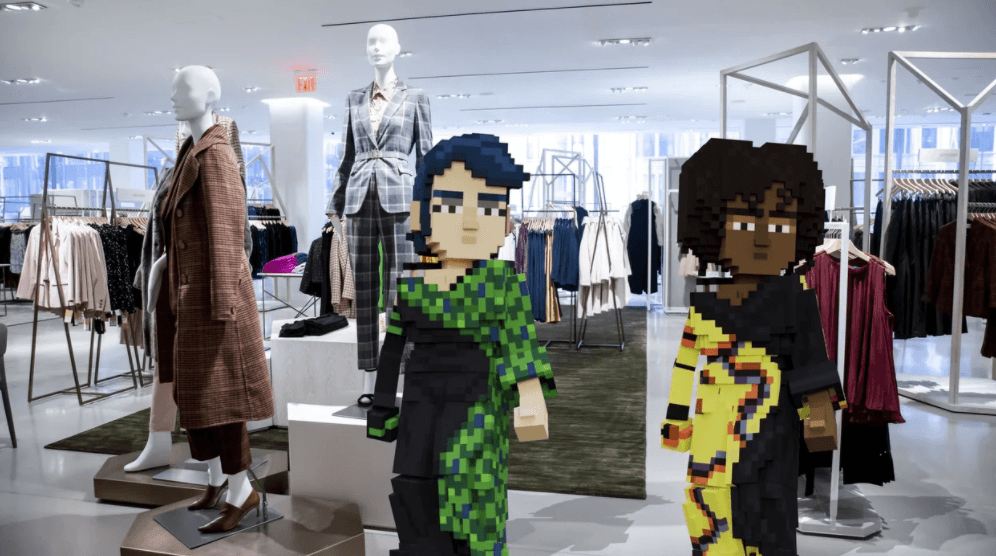 Source: Malls in the metaverse: Will online shopping turn 3D? - Protocol — The people, power and politics of tech

According to Zuckerburg, the Metaverse is much more than VR, and by the end of the decade, it will transform businesses, work and relationships. We can see many companies moving to the Metaverse in the same way that companies have begun to move to cyberspace and social media. Virtual reality is one step further and companies are preparing to take part.

As businesses continue to provide their customers with superior experiences, entering the Metaverse will be a no-brainer. Through the Metaverse, companies can engage with prospects, explore new opportunities and keep up with the latest technologies.

Companies are beginning to consider solutions to maintain their place in the virtual space. Shoe manufacturer Nike is preparing to sell its products in the Metaverse. Nike has filed trademark applications to establish itself in the virtual world.

NVIDIA has already capitalized on the rise of the Metaverse by creating Omniverse to connect worlds within the Metaverse. According to NVIDIA, Omniverse is an open and easily scalable platform designed for virtual collaboration and accurate real-time physics simulations. It enables designers, researchers, and creators to collaborate and sell their products in virtual spaces. NVIDIA plans to launch the beta version of Omniverse in December 2021.

The Metaverse will be a golden opportunity for companies to advertise their products. Just like the physical world, the virtual world will have spaces to promote products and services. There will be virtual concerts and events that companies can sponsor and increase their visibility.

The Metaverse is supposed to be a space where everything is simulated from the real world. Users can create their own avatar and decide what it wears and looks like. Spaces in the Metaverse typically resemble physical places to make them feel more connected, and companies can leverage this to sell "digital" products ranging from clothing to software applications. As mentioned above, companies like Nike are gearing up to launch their digital products. Companies that enter the Metaverse can open their stores to increase their market share.

The Remote Worker is HERE to Stay

Remote work capabilities have become a necessity since the beginning of 2020 and the COVID-19 pandemic. Some organizations have fully embraced remote work. While the transition to remote work has gone smoothly for most organizations, some challenges remain.

In the Metaverse, employees will have their own virtual workspace where they can attend meetings, work and collaborate. Users can make virtual presentations and take part in brainstorming sessions. The Metaverse creates a more interactive environment than just virtual meetings, connecting users from around the world to attend global summits, meetings, and speak to a global audience.

Companies are already developing their own strategies to take advantage of the Metaverse. The future will see a fully integrated virtual world. We may soon have digital doubles that look like our physical peers. The technology will take a dramatic turn in the next decade when all businesses move to a virtual space or, more likely, the Metaverse.


Author: Gate.io Researcher: Aziz. H
* This article represents only the views of the researcher and does not constitute any investment suggestions.
*Gate.io reserves all rights to this article. Reposting of the article will be permitted provided Gate.io is referenced. In all other cases, legal action will be taken due to copyright infringement.

Share with：
Follow us：
Trending
UST Decoupled from the US Dollar and LUNA Slumped by 60%
Luna Fell by More than 95% in a Single Day. What Is the "Death Spiral" Leading to Hell?
The Whole Story of Musks Acquisition of Twitter
Optimism Released an Article to Recall the Course of the Project, Maybe Will Airdrop Management Tokens
Luna Chain Reaction Poses Significant Capital Loss, and the Security of DeFi Financial Products Initiates Dispute
Claim 20 Point now
Exclusively for Newcomers: complete 2 steps to claim Point immediately!